Situated in the mid-section of the Dadu Mountain Plateau near the ridgeline, the Taichung Metropolitan Park affords visitors a panoramic view of both the Taichung Basin in the east, and Taiwan’s western coastline in the opposite direction. With Dajia and Dadu rivers demarcating the plateau’s northern and southern limits, the Taichung Basin and the coastal flat near the town of Chinshui mark the east and west ends of the Plateau, making it a rectangular shaped landmass that measures about 20 kilometers from north to south, and 7 kilometers from east to west, totaling approximately 145 square kilometers in total. Averaging about 151 meters in elevation with the highest point reaching almost 310 meters, the Dadu Mountain Plateau is also the 3rd highest among similar landforms in north western Taiwan, behind the Houli and Linko Plateaus.

The geological composition of the Dadu Mountain Plateau consists primarily of various types of gravel covered by a surface layer of red clay between 1.2 to 3.2 meters deep, that is formed by the decomposition of a combination of gravels, fine sand and clay. The layer of gravel underneath the red clay does not seem to show any discernable geological structure. Underlying all these is the Tokay Mountain stratums that contain, from top to bottom, gravel, sandstone, shale, and mudstones. The composition of the plateau’s top soil - gravel topped by red clay - suffers from water leaching, thus making it difficult to retain surface water. 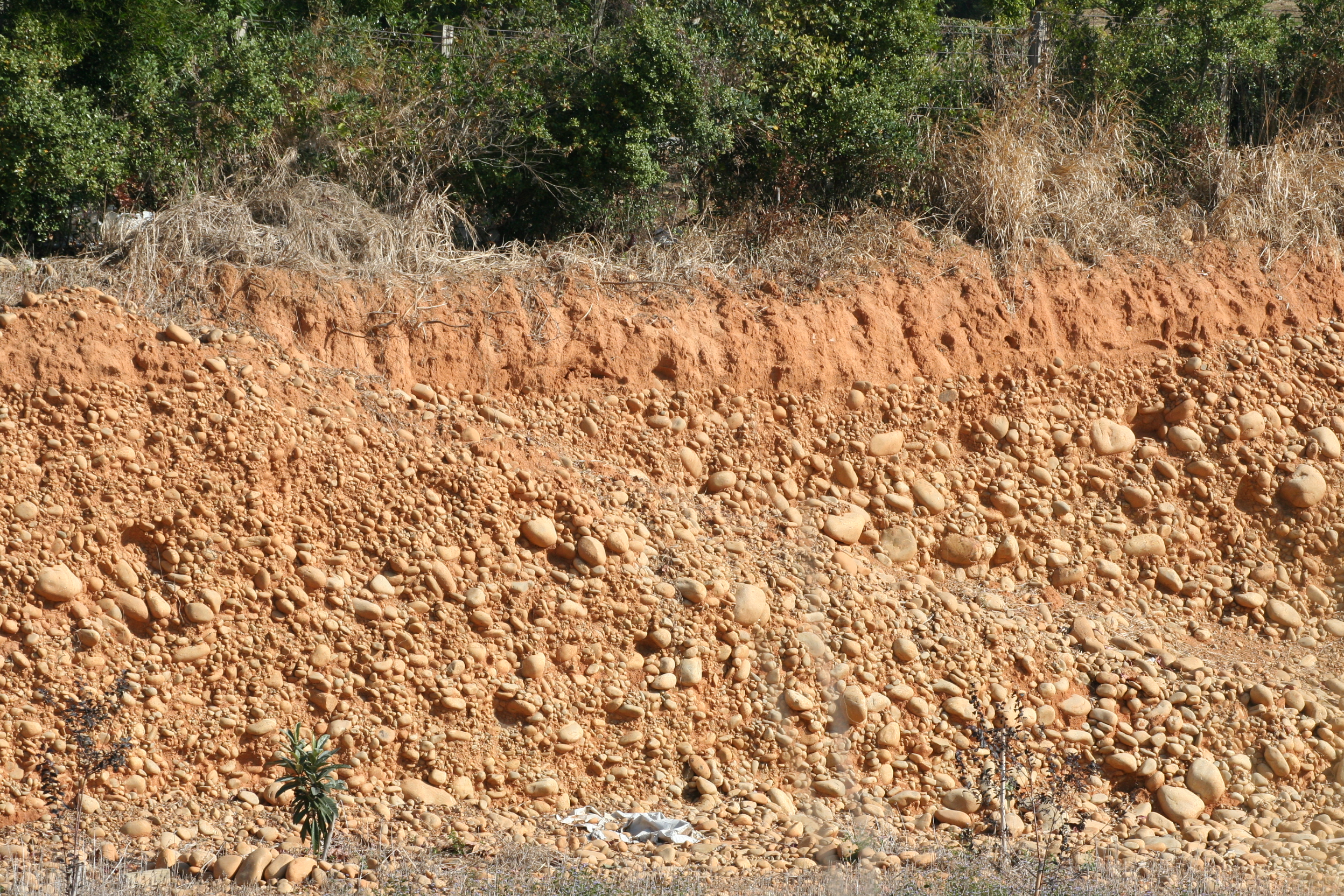